The Kenilworth Plant is a 29 MW dual fuel, combined-cycle cogeneration project that serves the 77-acre research and development complex of Merck & Co., Inc. The facility's major equipment includes a 25 MW gas turbine and a 4 MW steam turbine. The electricity and steam produced by the facility are sold to Merck under an energy services agreement (ESA) that has been extended to December 31, 2023. There are also two, one-year options to further extend the ESA at Merck's discretion. The facility supplies additional steam to Merck from an onsite boiler house which includes four dual fuel fired boilers. 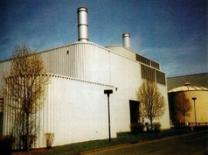